Renee Pellegrino Interview on our Podcast 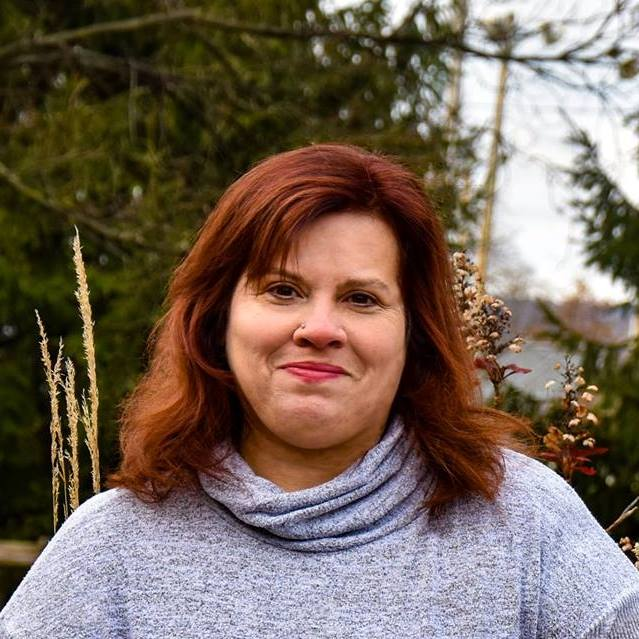 Born in a small Pennsylvania town called Altoona.
Story telling came natural ask the nuns at Sacred Heart Church.
Because of You, is her debut novel, the first of a series.

Birdy Rivers Interview on our Podcast 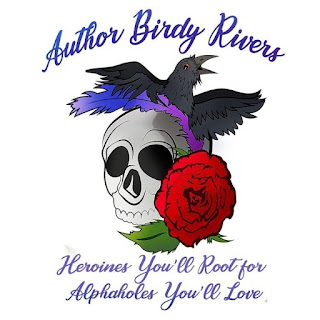 Birdy Rivers is an award-winning author. She was born in NJ and now resides in GA with her family. She has been writing since her teens and professionally writing since her mid-twenties. When she isn't writing she is raising her three daughters whom she jokingly refers to as her baby dragons and spending time with family and friends. Before Birdy became a full-time Author and Editor she worked as a Medical Assistant. She enjoys reading, the outdoors, gaming with her hubby, and music. Music and writing have served as therapeutic measures for her depression and anxiety. Birdy is a huge mental health advocate and often features the struggles of mental health in her stories. 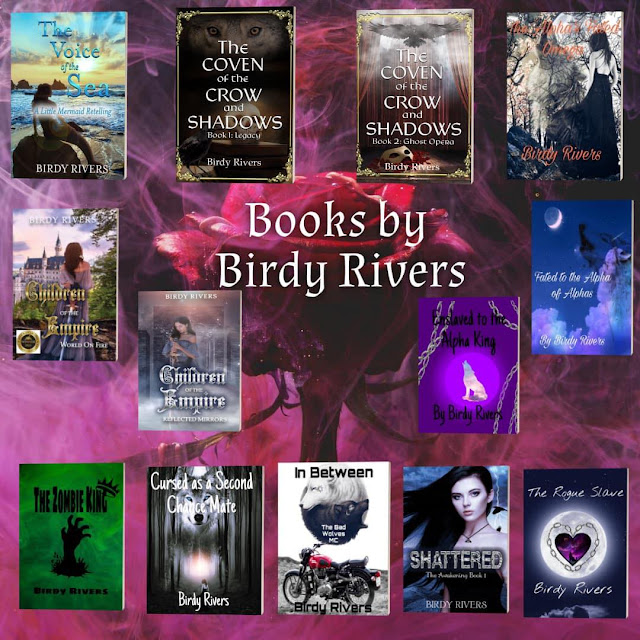 Twenty years ago, Iris McCoy traded one dream for another. Music in exchange for marriage and motherhood. She's never been sorry.
But now she's definitely broke.
Suddenly single, with all the responsibilities of her married life but none of the assets to help manage them, Iris has no choice but to come to terms with her fate.
She's screwed.
She either keeps living in her aunts' basement apartment, scraping by with whatever child support her ex deems appropriate to send her way, when he deems it appropriate to send it. Or she gets a mediocre job she's considered qualified for, throws her entire life into it, lets her kids finish raising each other, and maybe gets a shot at being financially independent again someday.
Or...she can go be a rock star. 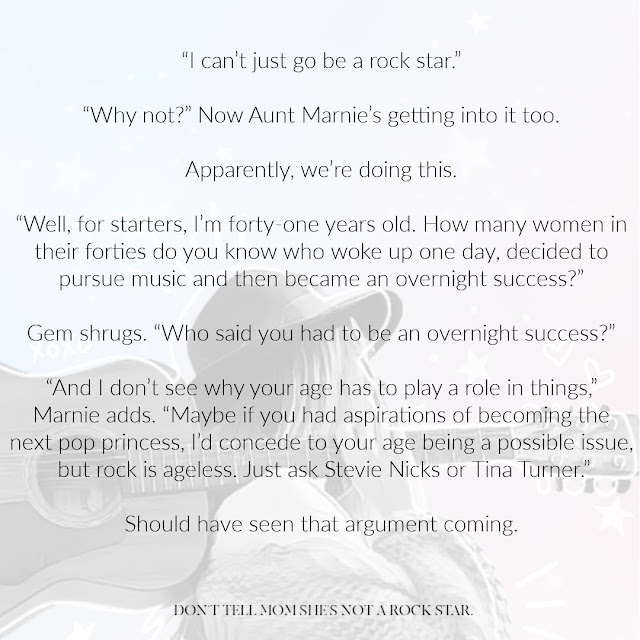 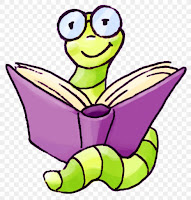 As it turns out Iris McCoy decides to embark on chasing her dreams. She spends all the time telling her children to do it just to keep from doing it herself. But after divorce away from a toxic relationship that held her back for years, just ask her aunts and uncle, and no current job holding her back from putting in the time, plus you can't forget the amazing support of her children, she chases that dream she never really let go of. It isn't easy and Iris's true character and determination to make this happen come into play. Just like everyone born to believe in being a Rock Star, she has to decide if the dream is worth being crazy enough to chase it. Which she has the perfect tribe of support behind her making sure she remembers it. Finding a band. Finding someone to let her play. Getting people to listen. She has to deal with her own fierce stubborn independence all the way to the last chapters of the book. With characters, you relate to and fall in love with, a storyline that keeps you turning pages, and a dream you keep rooting for to come true, dusted with an unexpected perfectly crafted love story, this is definitely a book you will find yourself finishing in one sitting. Paired perfectly with a cozy spot, a cup of coffee, and a lazy afternoon.

Meet the Author: K.S. Thomas
Mommy of one. Drinker of #coffee (lots and lots of coffee). #Writer of #bookboyfriends and #happyeverafters. ​
The stereotypical writer through and through, I find hiding out alone in my office, cut off from society where I can pursue my obsessive compulsions in peace & carry on uninterrupted conversations with my imaginary friends while I sip coffee, to be all the rage.
I like people too. The real ones. But I'm shy and often awkward, so I don't show it well. If/When we meet - please don't hold this against me. These days, life is a solid stream of awesome craziness compliments of my kid. When we're not giggling ourselves to sleep or having a sing-off about Parmesan cheese, we're likely binge watching Once Upon a Time and arguing about who was better for Emma Swan - Neal or Hook. It's clearly Hook. Besides. Neal is dead. So I win. There. That covers the basics. Oh - also: Internet people-ling is my favorite - let's be social! Website: authorksthomas.com Facebook: www.facebook.com/friedgatortail Instagram: www.instagram.com/authorksthomas
Goodreads: www.goodreads.com/friedgatortail 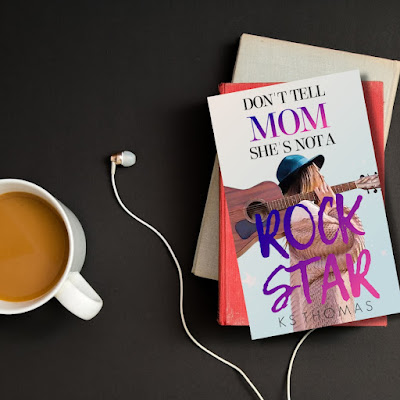 *Amazon Affiliate link used for the  link to buy book*
Posted by The Hidden Bookshelf Club at 9:00 AM No comments:

Tori Alvarez interview on our Podcast 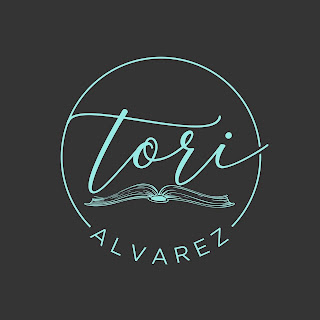 Hi! I'm Tori
I'm a Texas gal, born and raised!
I live in San Antonio with my incredible husband, teen daughter, a cat and a yorkie.  ​
I have always been a reader.  The Sweet Vally High series hooked me in junior high and I have been reading ever since.  Now it's my turn to write the stories to hook the readers.  I look forward to writing stories and characters you will love.

1.  I LOVE food and trying new restaurants.  I follow foodies on IG so we know where to try next.  I even geeked out when I saw a food writer for the local newspaper at a restaurant where I was dining.  LOL
2.  We love to travel and explore new cities.  Can't wait for our next European vacation.
3.  Wine is my Spirit Animal.  My goal other than becoming a best-selling author?  To be a wine snob, of course. 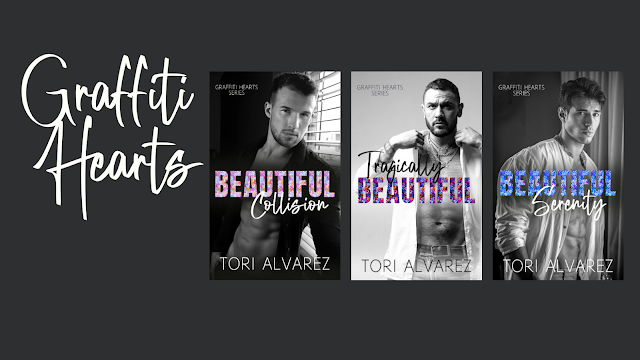 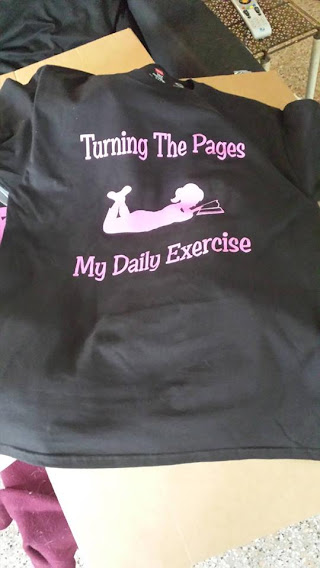 $25 plus S&H email us to place your order